Cotswold Beacon Academy Trust operates successful secondary, junior and primary schools and has experience of leadership and governance of educational environments from nursery to sixth form, and in selective and comprehensive education. In addition to those working within our schools, we have a growing number of educational professionals who work with our schools and can be called upon to provide support.

Lorna Brackstone. Until recently, Lorna was one of Her Majesty’s Inspectors (HMI), a position she held for over 10 years. She led inspections of nursery, primary, and secondary schools, both in the maintained and independent sector. Lorna also gained considerable experience inspecting children centres, initial teacher education and Ministry of Defence Schools overseas. Lorna has extensive teaching and leadership experience in schools. Prior to becoming an HMI, she inspected for Ofsted, whilst working closely with a number of local authorities as a school improvement consultant. In this role she reviewed school self-evaluations and supported leaders in development planning. Lorna was also an external adviser for the performance management of headteachers. Currently, Lorna works for several MATs in a self-employed capacity. This involves carrying out regular reviews of academies where she provides both support and challenge to middle and senior leaders. Lorna also helps governors to understand and carry out their role effectively.

Jackie Buckland. Jackie is currently School Improvement Lead for the Diocese of Gloucester Academy Trust (DGAT), which has 17 schools. She works with and supports schools in the trust with a variety of contexts and Ofsted inspection gradings, from ‘Special Measures’ to ‘Outstanding’. She has a proven track record of improving the quality of teaching and learning, both in her own and others’ schools. Her previous senior leadership experience includes Headship at a village primary school and a secondment to a large two form entry school as an Assistant Headteacher to support with rapid improvements to teaching, learning and curriculum. During her time as a Head she was Vice and Co-Chair of the Gloucestershire Association of Primary Headteachers (GAPH). Jackie has a passion for wellbeing - she worked for the Healthy School Team in Gloucestershire as a primary lead teacher for 9 years and is now the Wellbeing Lead for DGAT. Jackie is very much a ‘can do’ person, with an enthusiastic, energetic, hands on approach; she enjoys supporting leaders to ensure that improvements to provision result in measurable positive outcomes for all pupils in their schools.

Wendy D'Arcy. Wendy is currently Headteacher at Hardwicke Primary Academy where she has been in post since September 2020. From 2011, she was Headteacher of St Joseph’s Catholic Primary School in Nympsfield. In that time, St Joseph's improved from Satisfactory to Good, including confirmation of that status in a short inspection in November 2018. St Joseph’s Catholic Schools Inspection (S48) improved from Satisfactory to Outstanding in 2016 under Wendy’s leadership. During her time at St Joseph’s she also became an inspector for Catholic Schools (S48) in the Clifton Diocese. St Joseph's became the school of choice in the local area and pupils on roll increased from 83 in 2011 to 186 in 2019. During her time as Headteacher at St Joseph’s, she was as an Executive Head for a school in Cam and seconded on a part-time basis as Headteacher, to a Primary School in Cheltenham. Prior to taking up headship at St Joseph’s, Wendy worked in three inner city schools (one secondment to support a school in special measures) in the capacity as a class teacher and middle leader. She was both Deputy and Acting Headteacher at Nailsworth Primary School. Wendy has extensive knowledge of schools in the area and is also a lead Ofsted Inspector for the South West of England.

Faye Heming. Faye has worked in the education sector for over 25 years. As Headteacher of St. David’s C of E Primary School in Moreton-in-Marsh she took the school from Satisfactory to Good, the highest Ofsted rating the school had ever achieved, and still maintains. Since September 2015 she has worked nationwide as an independent consultant providing support as a school improvement partner and consultant. She works closely with senior leaders to assist them in identifying and acting upon key areas for improvement and supporting them through the process. Faye is currently working as an external consultant for a recently formed MAT containing four primary schools in Middlesbrough. Faye manages the North Cotswold Primary School Cluster, providing advice, training, and support to all 19 schools. Since 2018 she has co-written and delivered the programme for primary school ITT students training at The Cotswold School Teaching Partnership. Faye works closely with the Cornwall Association of Primary Headteachers running training for teachers and school leaders and she also delivers courses countrywide. She is an active member of the National Headteacher Support Organisation and is a qualified Ofsted inspector.

Ron Searle. Ron taught in Kent, Sussex and Surrey for 30 years, 20 in senior leadership, and twelve as Headteacher, taking two schools from categories to Good and Good with Outstanding features. He served on the corporation of a General FE college, was a governor of a primary federation and continues to serve as Chair of Governors of a PRU.  Ron was Chair of the Surrey Secondary Headteachers’ Council (2015 and 2018), sitting on the Surrey Safeguarding Children Board, SEND Governance Board, School Improvement Partnership Board and Schools Forum. In 2018 he received a Pearson’s National Teaching Award for ‘Headteacher in a Secondary School’. He is now a consultant working with primary, secondary and all through schools across England. 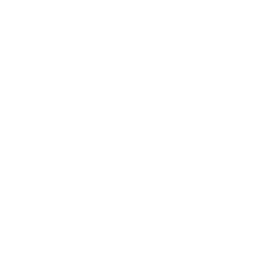